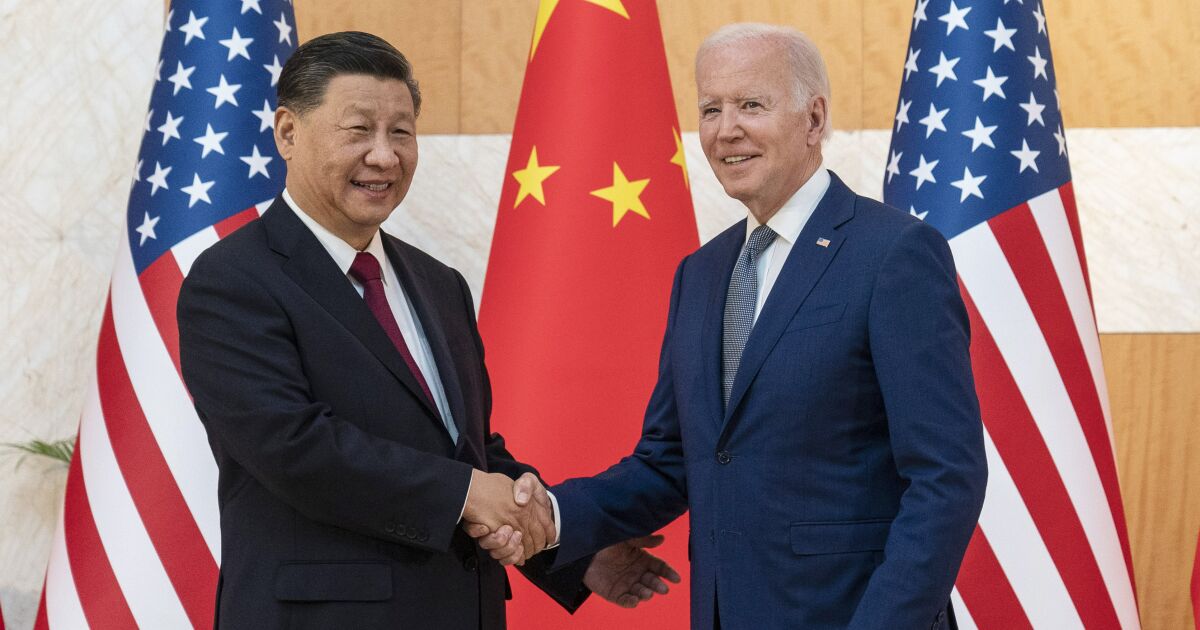 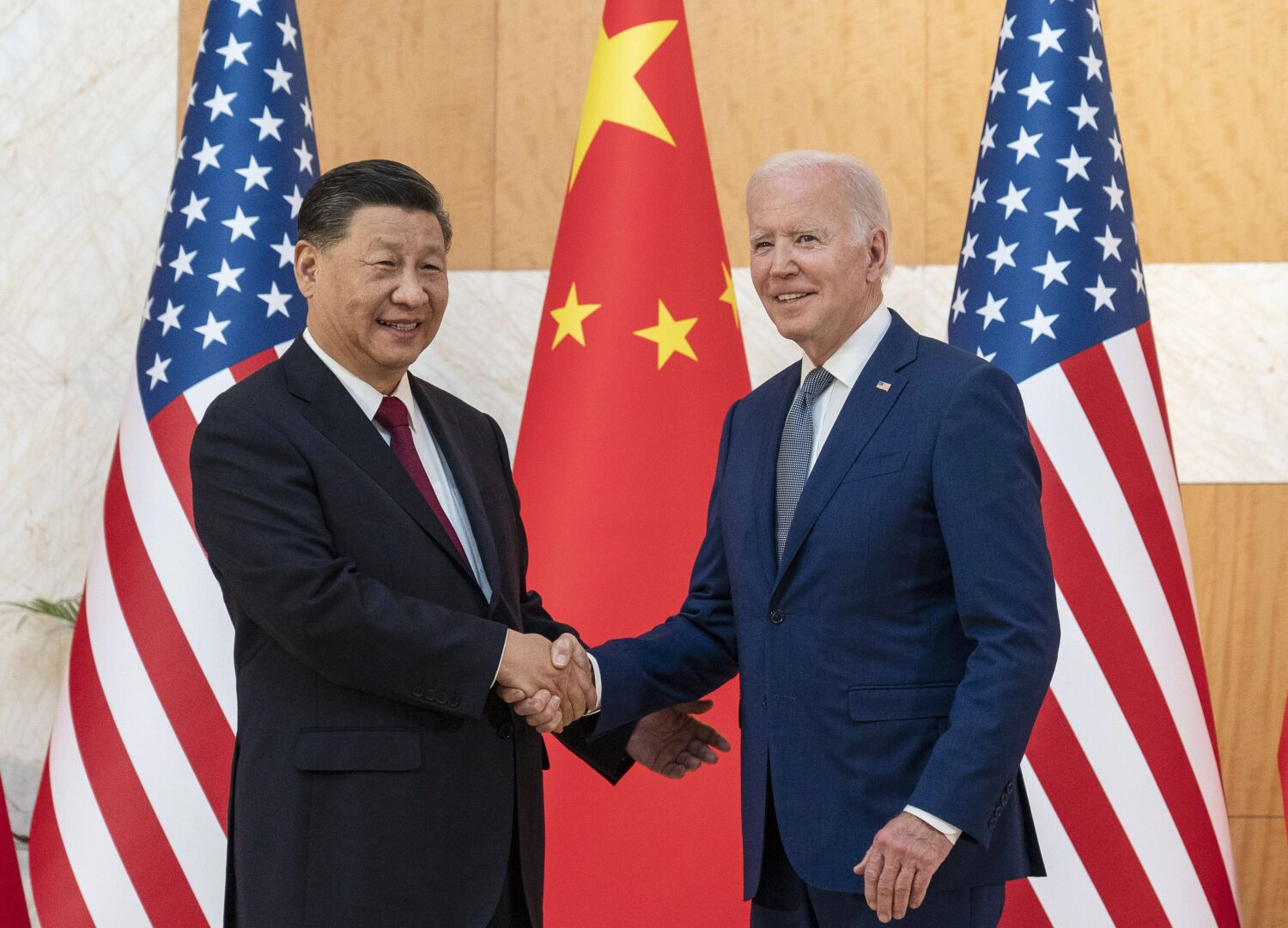 President Biden on Monday expressed confidence that a “new Cold War” can be avoided with China and that Beijing is not planning an “imminent” invasion of U.S. ally Taiwan.

The president’s assessment to reporters followed his first in-person talks with his Chinese counterpart since assuming office, and came after the leaders pledged to “manage” their fierce global competition. Biden and Chinese President Xi Jinping portrayed Monday’s meeting as an attempt to revive lines of communication and understand each other’s intentions, goals and red lines.

The two leaders, while exchanging greetings and shaking hands for the cameras, appeared relaxed and friendly despite a nadir in relations between the world’s two largest economies. “We were candid and clear with one another across the board,” Biden said after three hours of closed-door talks.

The U.S. president added that he believed that competition with China would not turn into a military conflict. He said he “absolutely believed” a new Cold War was not looming on the horizon and that there was no “imminent attempt” by China to invade Taiwan, the self-governing island that Beijing claims as its own.

Meanwhile, the Chinese Foreign Ministry put out a statement saying that Xi was emphatic in his warnings to Biden that the U.S. must refrain from supporting independence for Taiwan. That understanding “is the bedrock of the political foundation of China-U.S. relations,” the ministry said, adding that Taiwan was “the first red line that must not be crossed.”

Despite conciliatory public comments by the two presidents, the Taiwan issue underscores the extent to which Washington and Beijing remain in a potentially volatile diplomatic and economic standoff.

China has made increasingly aggressive territorial claims in the South China Sea and stepped up threats to Taiwan, which Beijing regards as a renegade province. Tensions over Taiwan were exacerbated following high-profile visits to Taipei by House Speaker Nancy Pelosi (D-San Francisco) and other U.S. lawmakers, as well as Biden’s public offers to defend the island “militarily” from Chinese attack. Until now, the U.S. policy has been one of deliberate ambiguity. It is seeking to respect its longstanding “One China” doctrine — which recognizes the communist government of mainland China while maintaining unofficial relations with Taiwan — and remaining silent about what it would do if China invaded the island.

Biden, in the news conference on Monday, insisted the One China policy has not changed, despite his contradictory statements.

The meeting at an Indonesia resort came as the two countries also spar over what Washington considers to be China’s oppression of dissidents and minorities at home and aggressive push to extend power and influence abroad. Beijing is angry over Biden’s maintenance of Trump-era trade restrictions and punitive sanctions that harm its economy.

It was Biden’s first face-to-face meeting with Xi since he became president, although the two leaders have dealt with each other for a decade. Xi recently engineered an unprecedented third term for himself as leader of the Chinese Communist Party, virtually ensuring his status as president for life.

“We share responsibility, in my view, to show that China and the United States can manage our differences, prevent competition from becoming anything ever to near-conflict and to find ways to work together on urgent global issues that require our mutual cooperation,” Biden said as the two men shook hands in front of a line of Chinese and U.S. flags.

Xi seemed to echo the sentiment. “The world expects that China and the United States will properly handle the relationship,” Xi said.

Flanked by their delegations, Biden and Xi then took their positions across from each other at two long tables. The Chinese each wore a white face mask adorned with a tiny red Chinese flag; the Americans wore black, white and other masks. Biden and Xi did not wear masks. Protocols over COVID protection were an issue, as Xi has been meticulous in avoiding international travel and enforcing a “zero-COVID” policy that has strived to stamp out breakouts of the disease with strict closures of entire cities.

In his comments Monday, Biden acknowledged “it’s not all kumbayah,” and some China hawks said his optimism was misplaced.

“While we talk with #China #Beijing continues unacceptable and dangerous conduct and we do not impose costs,” Gordon Chang, a conservative lawyer and China expert, said on Twitter.

But Biden and Xi put stock in in-person diplomacy to defuse some of the conflicts. Biden said there was “little substitute” for face-to-face discussions. “I’m committed to keeping the lines of communications open between you and me personally, but also our governments across the board,” Biden said.

“The world expects, I believe, China and the United States to play key roles in addressing global challenges from climate changes to food insecurity, and for us to be able to work together,” Biden said. “The United States stands ready to do just that, work with you, if that’s what you desire.”

He said he would dispatch Secretary of State Antony J. Blinken to China soon to continue the dialogue.

The Xi encounter is the highlight in Biden’s swing through Asia for back-to-back summits that are part of an effort to reassert his administration’s desired focus on the region.

Biden spent the weekend preparing for his sit-down with Xi by consulting regional allies at the Assn. of Southeast Asian Nations and the East Asia summits in Phnom Penh, Cambodia. He held separate meetings with Japanese Prime Minister Fumio Kishida and South Korean President Yoon Suk-yeol before all three met to discuss their approach to China and coordinating a response to North Korea’s uptick in ballistic missile launches.

He also met with Australian Prime Minister Anthony Albanese, who is scheduled to meet Xi on the sidelines of the G-20 summit Tuesday.

The president left the summits emboldened by feedback he received from several foreign leaders who complimented him on his party’s performance in the midterm elections, according to White House officials. Some pointed out that the smooth administration of the elections and the “general acceptance” of the results were a testament to democracy — a major concern given supporters of former President Trump cast doubt on the 2020 election and stormed the U.S. Capitol in January 2021.

Biden was “proud,” allowing him and his delegation to approach the meeting with Xi “with the wind at our backs,” a senior administration official told reporters before the meeting. 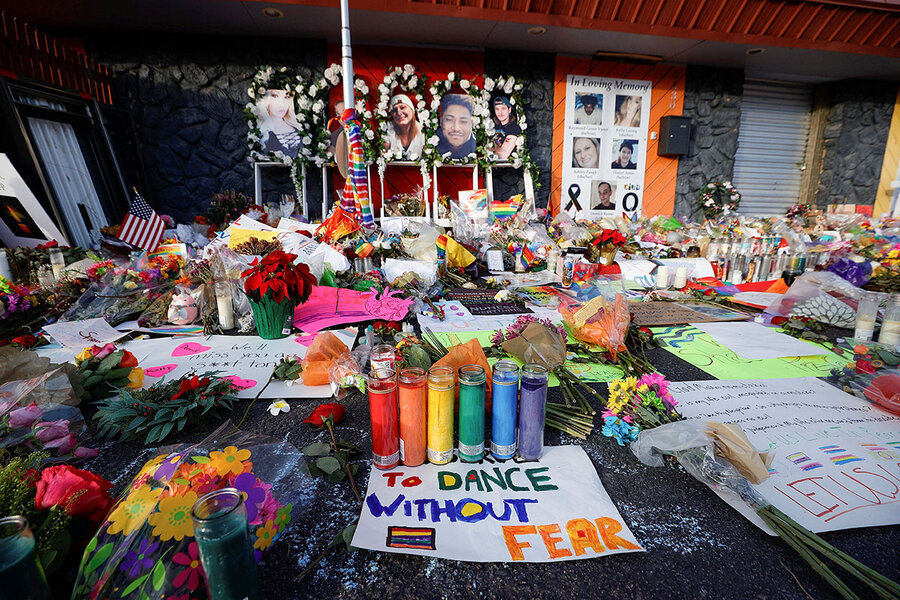 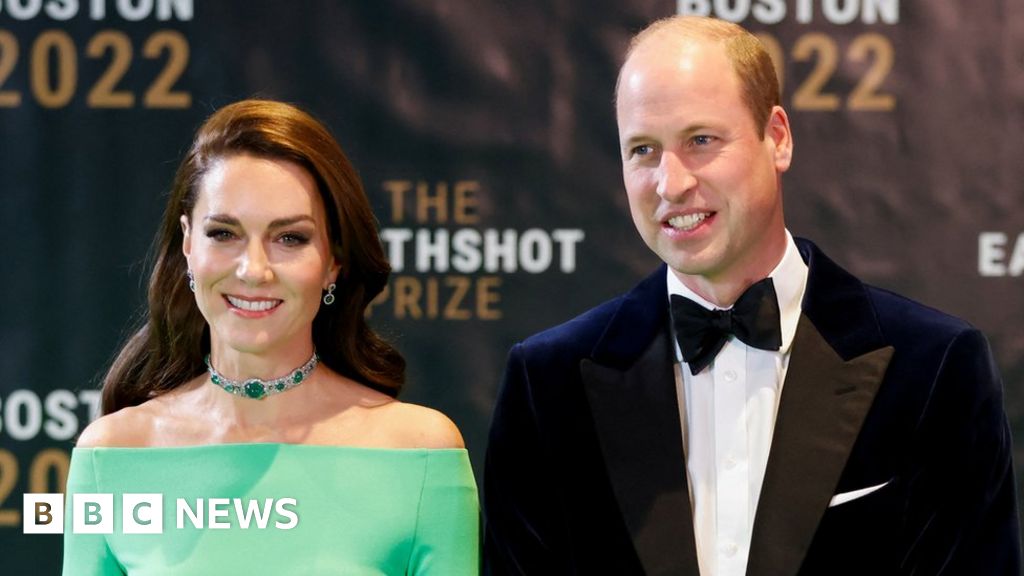 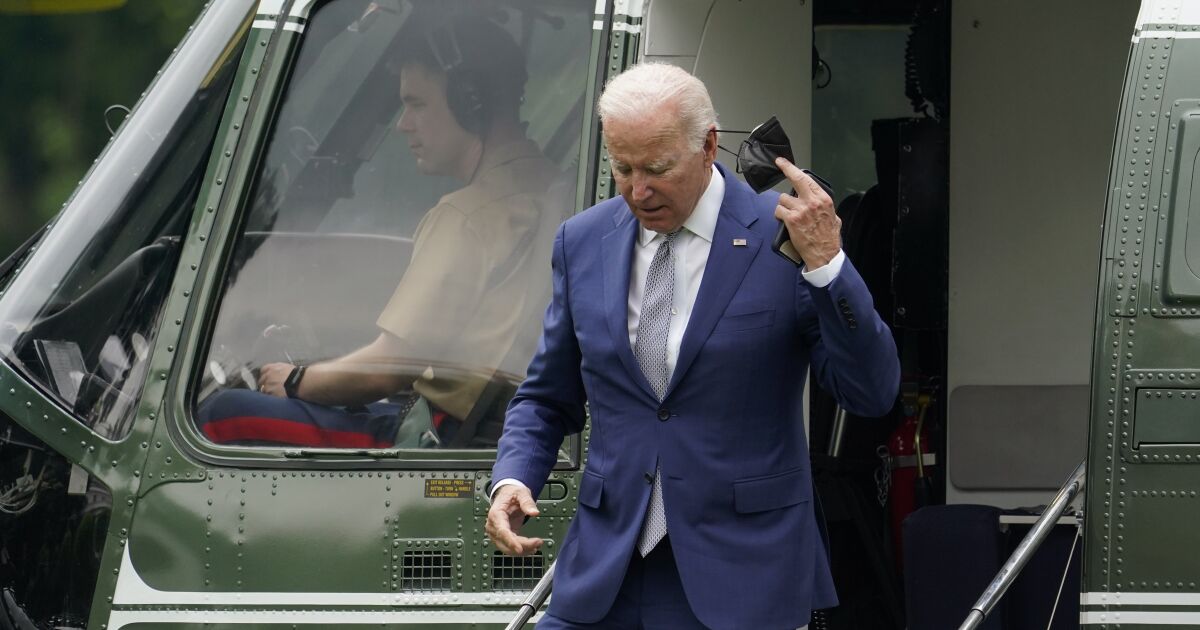 The Central Coast Home Of The Block Alumni Kyal + Kara 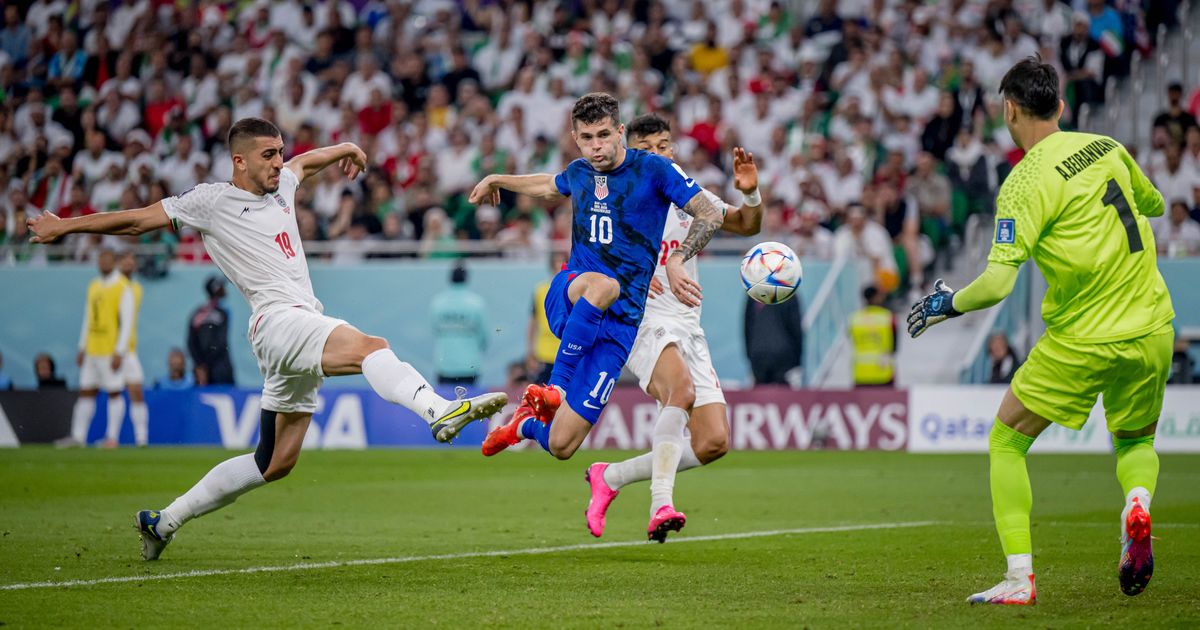 The U.S. Pulled Off a Nerve-Racking Win Against Iran 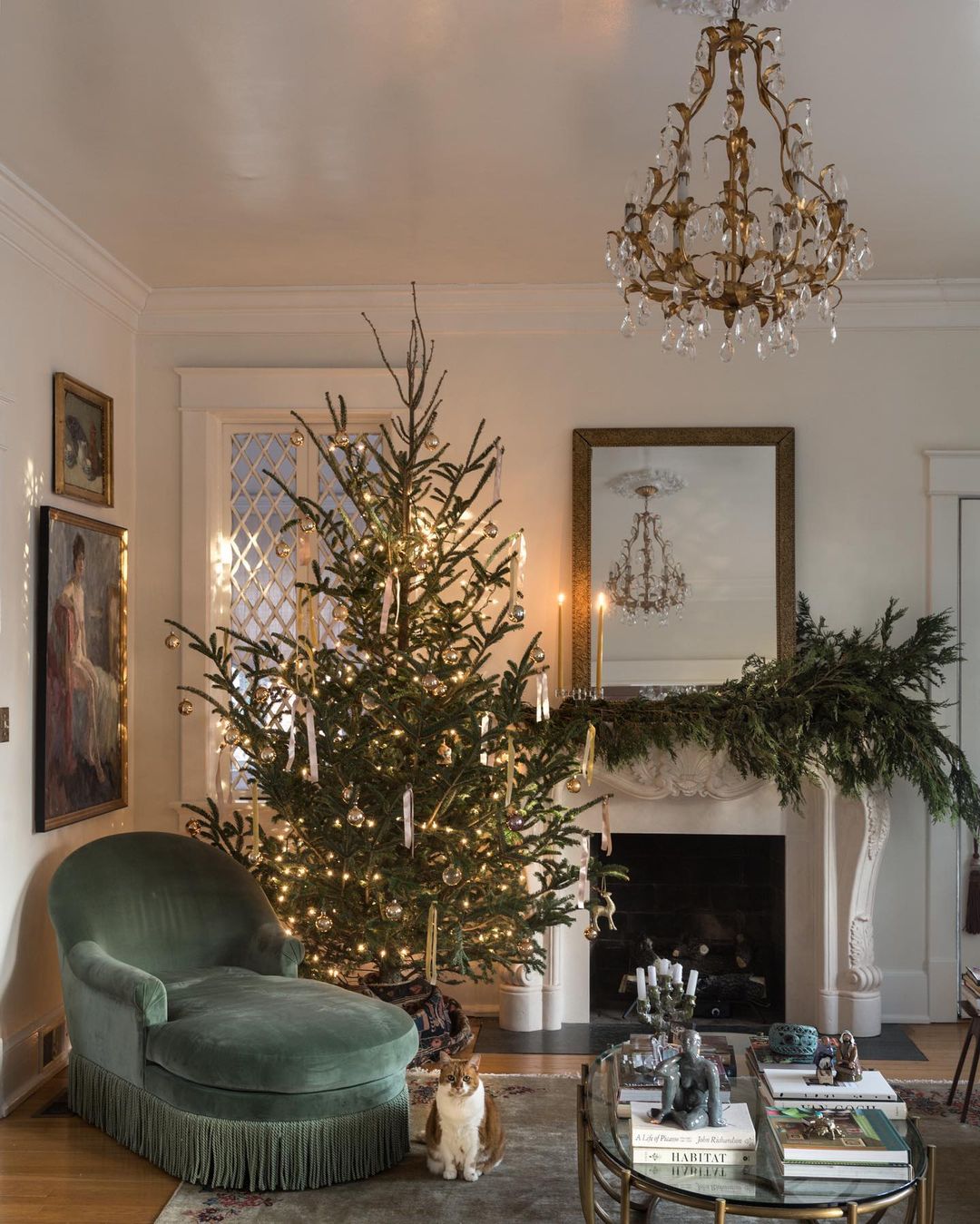